ALSO visit us at EvaluationStation.Com View our power-point, "How to Prepare for a Portfolio Evaluation, without losing your mind!" Download our helpful "Homeschool Portfolio Checklist". Read client testimonies, find great resources, and be encouraged on our Laugh page! We do in-person and online portfolio evaluations, and give you feedback that can REALLY make your homeschooling more effective. Remember to tell us how you feel on our POLL at the bottom of THIS page before you go, and visit our ONLINE STORE!

When you really look at it, Henle got a bad rap.  There are a lot of homeschool moms who shy away from using Henle Latin because it has a reputation for being the best, and it is assumed it is more difficult.  Other Latin curriculums have ridden that wave all the way in insisting that you need their program before going on to something as advanced as Henle. I totally disagree! Henle is a lamb in a lion's clothing.  It begins as easy as they come... from the beginning with no prior Latin knowledge required. Even elementary aged children have used Henle Latin with complete success. The secret is in the pacing. (I have known some programs that try to shove an awful lot of instruction into just 30 weeks and then wonder why the students don't achieve success.) If you proceed at a pace that is comfortable, yet challenging for your student, s/he will learn Latin with this program exceptionally well.
Henle, unlike "Latin's Not So Tough," does not leave you guessing about which grammar rule you are supposed to be learning. Everything is very clearly explained and practiced before the student is required to complete the exercise. (I personally very much dislike "Latin's Not So Tough" and found Henle only because I was trying to find a logical explanation for something while teaching a class which was using LNST. I quickly realized... Latin does NOT have to be so tough! I have been "sold" on Henle ever since.)
Another nice benefit of using Henle Latin is that it is totally affordable. Much less expensive than the other programs on the market. It's very unusual for the best thing to be the least expensive, but in this case, although prices vary, that is usually true.
The one feature that might be of any concern to those of us who would describe ourselves as being "Protestant," is that Henle is written from a decidedly Catholic point of view. (Leave it to those priests to know their Latin!) But if you don't mind a few references to dear Mary, the mother of our Lord, then you should be more than able to avail yourself of this truly wonderful curriculum.
I have not reviewed or had experience with every Latin curriculum out there, but I do know this... Henle Latin has a reputation for being the best. Scholars across the board recognize and have great respect for the program. It actually has gained a bit of upper crust snob appeal! But don't let that scare you into thinking the program is difficult. With controlled pacing, it is possible for even younger students to "Carpe diem!"

Thank you for sharing your thoughts.

Subscribe via email and have our latest posts delivered directly to your inbox!

Carleen Galiardo
I have been a homeschool mom since 1997, and a certified teacher since 1984. My husband, Ray, and I have two perfect children in Heaven, and two beautiful boys here with us on earth. Ray spends his time shuttling people back and forth through the sky, and I am enjoying my roll as a homeschool mom to our two college boys. Our youngest is dual enrolled at SPC and our middle son, who received his AA degree, with honors, from SPC in May of 2013, will be entering into the College of Business at USFSP this fall (2013). I also enjoy helping others to have success in their homeschooling by offering guidance and encouragement and simplifying the process of preparing for a portfolio evaluation. I now serve the entire state of Florida by offering online evaluations! Check out my power-point, "How to Prepare for a Portfolio Evaluation, without losing your mind!" which can be found on the Services page of EvaluationStation.Com and download my handy Checklist. Remember, evaluation time does NOT have to be stressful!

Rein in our media/ advertisers...Simply by clicking a button occasionally, you can add your voice to others who hold the same values. This is ONE email list you NEED to be on! 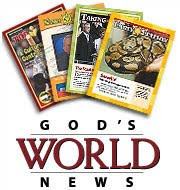 Encouraging Women in their High Calling as Wives, Mothers, and Homemakers...